Most of android has inbuild disadvantage that the apps we are installing is going to install on Phone memory instead of on SD card.It has several disadvantages like the apps consumes more space on phone memory and might slower down your android system performance.The another disadvantage is you can not install any other apps on your android because there is no available space to install. App 2 SD is great app for android smartphone specially made for moving Android Apps on SD Card. 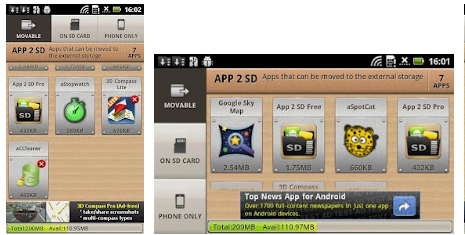 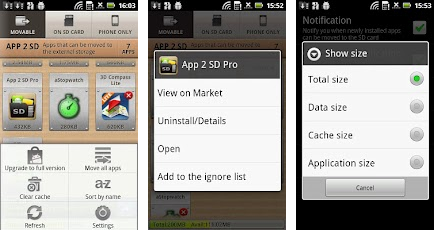 The pro version has also same feature as that of lite version but the main difference is it is ad free version.The main feature of this apps is whenever you have high cache on your android phone, it will helps you to clear cache directly from the option menu.The app also allow you to uninstall any apps from your android phone.The app notify you on every install if the any app is available to move on SD card.