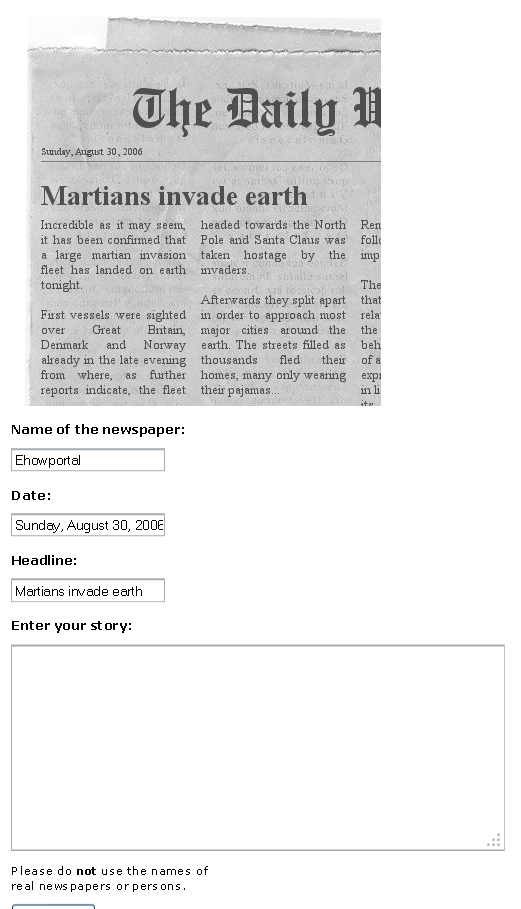 The website not only allow you top generate fake newspaper clipping but it also allow you to generate fake clapper board, talking squirrels, circulates packets, talking cats, ninja text, wizard text,  talking flowers, talking tomatoes, talking owls with your own text.So that it helps you to create little story for you as if you are creating rage face online.

You can check out Fake Newspaper Clipping Generator @ http://www.fodey.com

Related : How to Prevent Yourself from Identity Theft

How Does Ebates Work with Amazon & Gives you CashBack