The voice assistant manager are now a powerful tool that makes a smartphone these days, manufacturers makes them a point to attract buyers and at every upgrade of their device, they improve on them, Google do not have the product yet as one it packaged with its Android platform, but it does have a voice assistant app it branded with its name. On the Apple iOS is the Siri, which was its major critical marketing app when it released the iPhone 4S, the Siri is one of the best, but it does has its flaw like understanding natural language. The imperfection of Siri and the inability to go beyond the iOS platform calls for the Siri alternative which can perform better task than Siri or as well compliment the job of the Apple voice program. 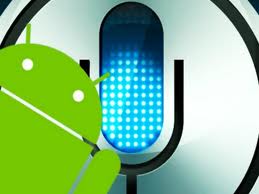 Top 5 voice assistant that could stand as Siri alternatives.

Built like Siri, but have better intelligence, accent and processing. Evi speaks like the British, optimized with semantic search technology, and utilizes natural language for processing.

Evi is a more accurate Siri alternative, it works more than just combining the pronounced search phrase, analyses the information and brings answer from a variety of sources bringing you with the most accurate answer to your query.

Evi is widely used by well known applications and APIs such as Yelp.com that makes it more useful. For Example, if you throw query of a specific food, Evi will provide you the information alongside nearest restaurants that offers the item, you can move ahead to book a reservation right away in the restaurant from the app.

Evi is more than Siri alternative, giving more comprehensive and accurate answers to even complex queries. You can run Evi on even older iPhones, and can stand to beat its chest against Siri on recent iPhones.

A Siri alternative on the iOS platform, it was developed by a team of Vietnamese; it is available in more than 37 languages which fosters its availability in several countries.

More of the complex task you can send this Siri alternative from serach includes; reading newspaper, controlling PCs, scanning, reading barcodes and other basic features such as social media sharing.

You don’t require a jailbreak to make use of Sara on you iOS device. It is an open software.

I can call this a Siri alternative on Android; this is more interactive software. It has the basic features of a virtual personal assistant, but the truth is it cannot be compared with the Siri, it is simple in nature.

This program is a big challenge to Siri on the iPhone; its Android version is also available. This Siri alternative is more stylish and accommodates avatar customization. The developer directly incorporates the social media sharing feature and you do not need to text to share content on your social media.

The mode of reply of this virtual assistant goes beyond listing results, but it speaks it out, making it more interesting to use especially if you are a talkative.

It is available for download on iTunes. Last year, the author gave it out as offer on Valentine’s Day, but you may check out on its website this 2013 maybe it will allows the first 100,000 people to download it free on 14th February just like it did in 2012.

The Windows phone is not also left out on the virtual personal assistant software, Tellme is a Siri alternative on Windows, Windows introduced it as its official voice assistant, but it has a limited feature than the Siri.

It has a user interaction similar to that of Siri, but it search result is much associated with Bing. The advantage Tellme has over its colleagues is the usability on multiple platforms. It can be used on Windows mobile TV, Windows 8 and other optimized products.